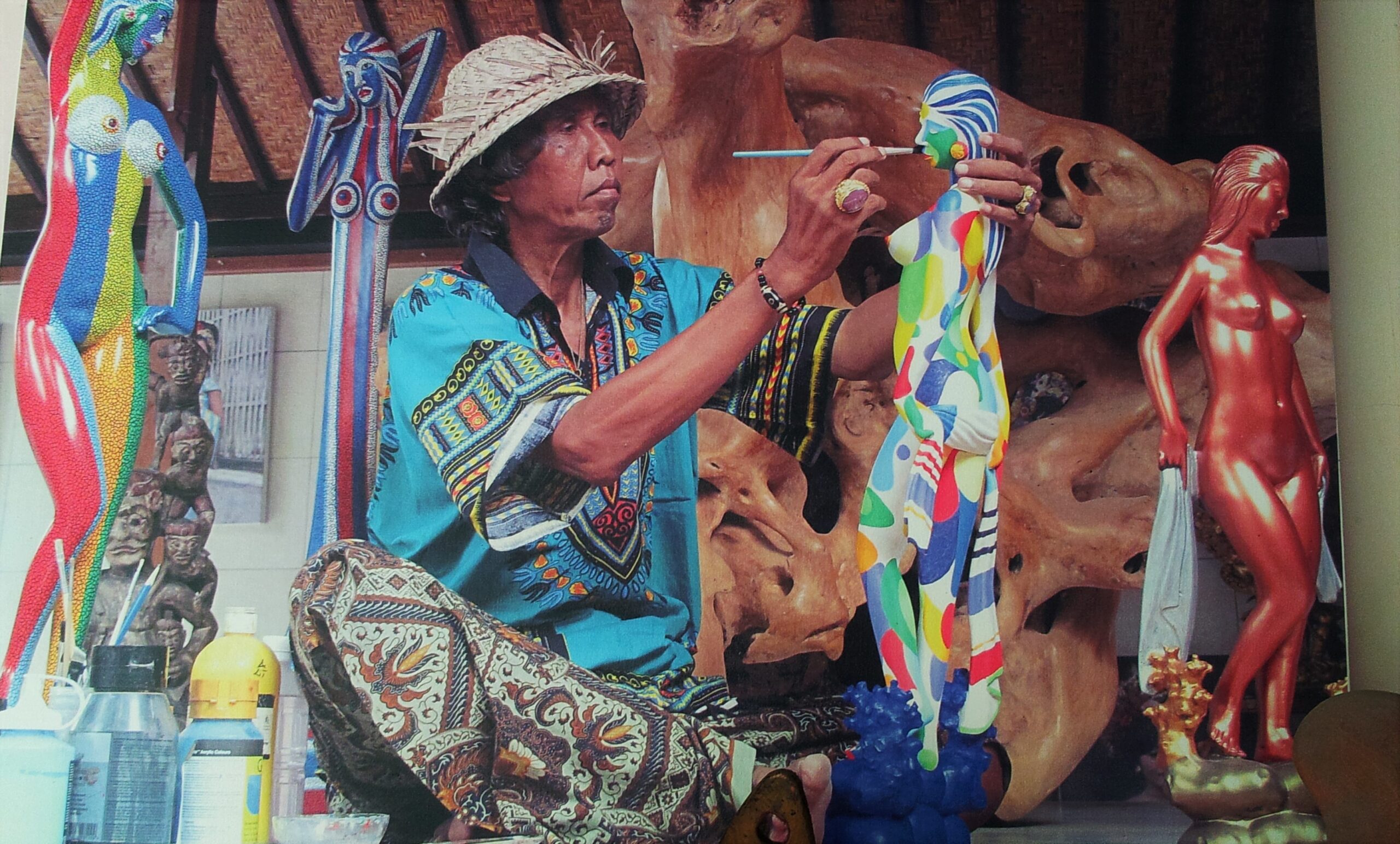 In the Batuan style of painting, the emphasis is adoption of sombre colour, generally with ink-washed paintings on black backgrounds which is said to evoke the supernatural mystic Balinese sorcery and witchcraft. In the early years of the Batuan genre art, Batuan artists explored subjects that concerned themselves rather than creating tourist art. While anthropologists Margaret Mead and Gregory Bateson had a special relationship with Batuan artists, they avoided influencing them and were careful in what Western pictures they were to show to the Batuans. Batuan artists depicted only a traditional world in their pictures. Artists have an eye for detail and paint miniature scenes with great patience. Vegetation is drawn in a stylised format, but each leaf is painted and shaded. The patterns, even in batik sarongs, have the minor figures drawn very carefully. Even the open space is filled with pulsating marks. Scenes emerge from the canvas and retreat into the vegetation such as a dog fight, a love affair, a group of gamblers, all shown in a corner of the canvas. Anthropologists also interpret that the paintings made by artists of Batuan are visual texts representing the “Balinese Character”.  http://www.baliartsgallery.com/product/batuan_style_painting-1.html

Yeh is the Balinese name for water, which is an important substance in Balinese culture and religion. Pulu is the name of a stone water container. The relief tells stories about daily life on Bali about 1000 years ago. The relief is 25 meter long and 2 meter high with figures that mainly describes daily life on Bali at that time. It’s one of Bali’s oldest and most mysterious sculptures and important hermitage from the 13th century. 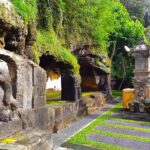 The relief was for a long period buried under volcanic ash and vegetation, but luckily the sculptures were intact when excavated in 1925. Except the sculpture of Ganesh with the elephant head there are no directly religious motives here, even if some scientists argue that the relief symbolizes certain Hindu legends. Opposite the relief is a sacred pool with fish and a small temple.

Perhaps you will meet the holy woman called “Pemangku”. She cleans the area and, for a small donation, can show you around explaining what the different figures are and give you a holy water blessing.